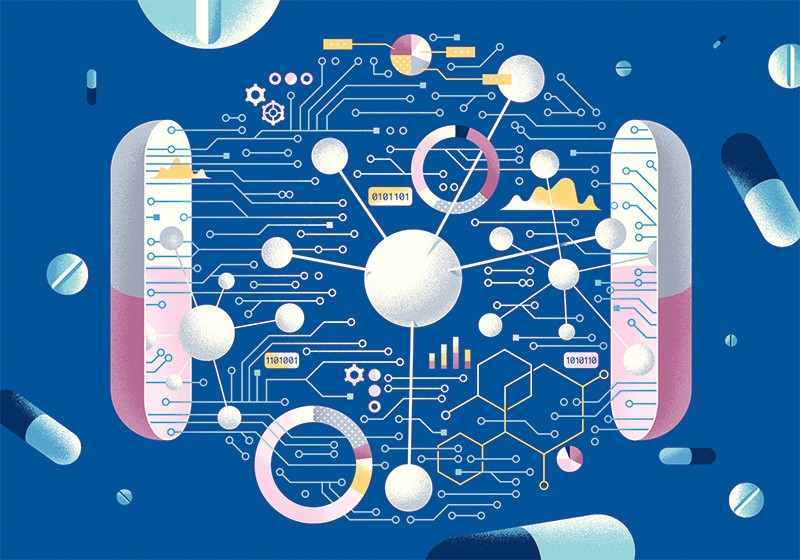 Creating new drugs is often a painstaking process. First, the molecular structure of a disease has to be determined, along with its development and processes; then, researchers have to find a target gene or protein that heavily influences the actions of the disease in order to begin creating targeted gene/protein therapy before drug development begins. Next, research regarding absorption, interactions, effects, effectiveness and dosage measuring begins before moving into clinical trials which has several phases. Finally, FDA review and approval must come through before a new drug can go to market. The issue that many people have with drug development is the stage that involves clinical trials and deciding when to move into that stage and this is where data science can be a huge asset in drug discovery.

On average, “it costs up to $2.6 billion and takes 12 years to bring a drug to market.” This number is upsetting to both drug developers and to patients alike who may not survive the wait for the drug or whose lives would be significantly improved if development was sped up. Ultimately, the clinical trial phase could use some modernization. Artificial intelligence and machine learning techniques have already proven their immense capabilities in being able to mimic the processes of the human body which can be leveraged to analyze and understand how a drug interacts with a generally healthy person’s body as well as understanding how it interacts with the body of someone who has certain conditions, such as diabetes or hypertension. This addition means that by the time a drug goes to clinical trials, it has actually already been tested against the human body in some ways. This lowers risk for those participating in clinical trials significantly. Another significant development in this process is that AI can imitate the aging process of a patient as well which means that drugs can be released in small batches to those who absolutely need it while long term trials are still on going.  Mark Ramsey, Chief Data Officer at GSK, says that he hopes this type of mapping can expedite the process from over a decade to less than two years.  Additionally, analysts at McKinsey have estimated that merging AI with drug discovery could “create a value of up to $100 billion.”

This type of technology can be highly impactful for patients suffering from diseases that could be cured or at least have symptoms eased by drugs still in production. Furthermore, this technology can also be leveraged in the fight against Covid-19 by utilizing test cases for treatment plans and vaccines.